I showed the bow of the Fisheries Protection boat Lacuna in a previous post, so here is more. 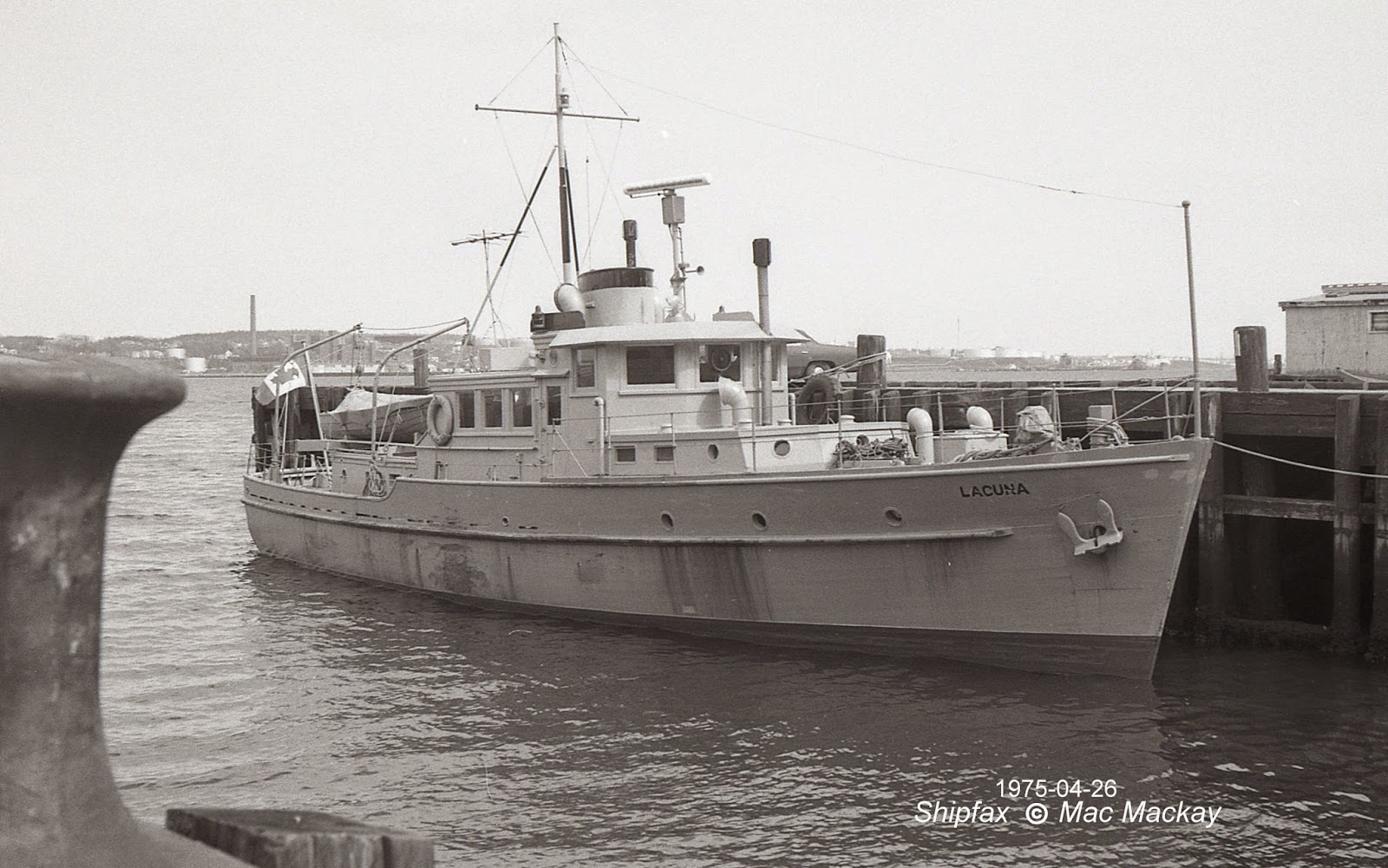 Lacuna at Queen's Wharf in Halifax. The black and white photo does it justice, since it was painted all grey to reduce its visibility to lawbreakers.

Built by Shelburne Shipbuilders Ltd, the 68' x 15-9"' boat was launched with ceremony March 18, 1950 and sponsored by Miss Lillian Sutherland of the Department of Fisheries Yarmouth staff. It was powered by a pair of GM 6-71 engines totaling 340 bhp driving twin screws through 3:1 reduction gearing. Speed was not published, but it was intended to be quite fast.

Designers Milne, Gilmore and German specified double planking with canvas between the layers and oak sheathing for half the length forward for protection against ice.

It was based in Halifax with Capt. C.Anderson of Sydney Mines as master, with a total crew of six.
Sister vessel Limanda, also built in 1950 was based in Digby. There was at least one other sister, Cratena built in 1953.

The boat was put up for sale in 1977 and acquired by Dominion Diving Ltd of Dartmouth. They used it as a dive tender, crew boat, workboat and tug, and as a tender for an ROV. 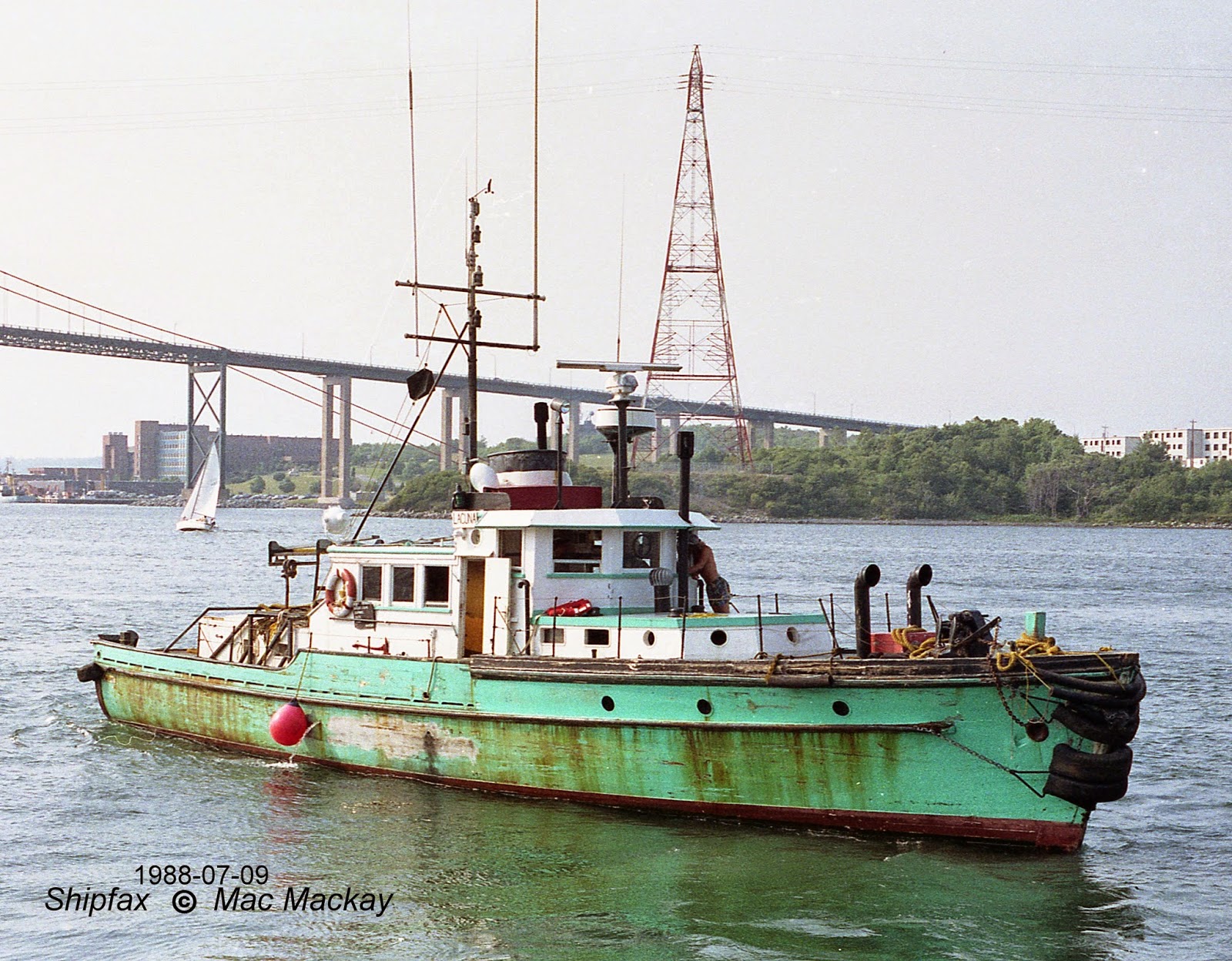 Dominion Diving painted the boat in their distinctive green, and built a steel towing frame over the after cabin.

By 1995 it was getting a little tired, and it received a major rebuild, during which its deckhouse was re-sheathed and fibreglassed, its bulwarks removed, new rub rails installed and the hull was sheathed below the waterline, possibly with a high density plastic. 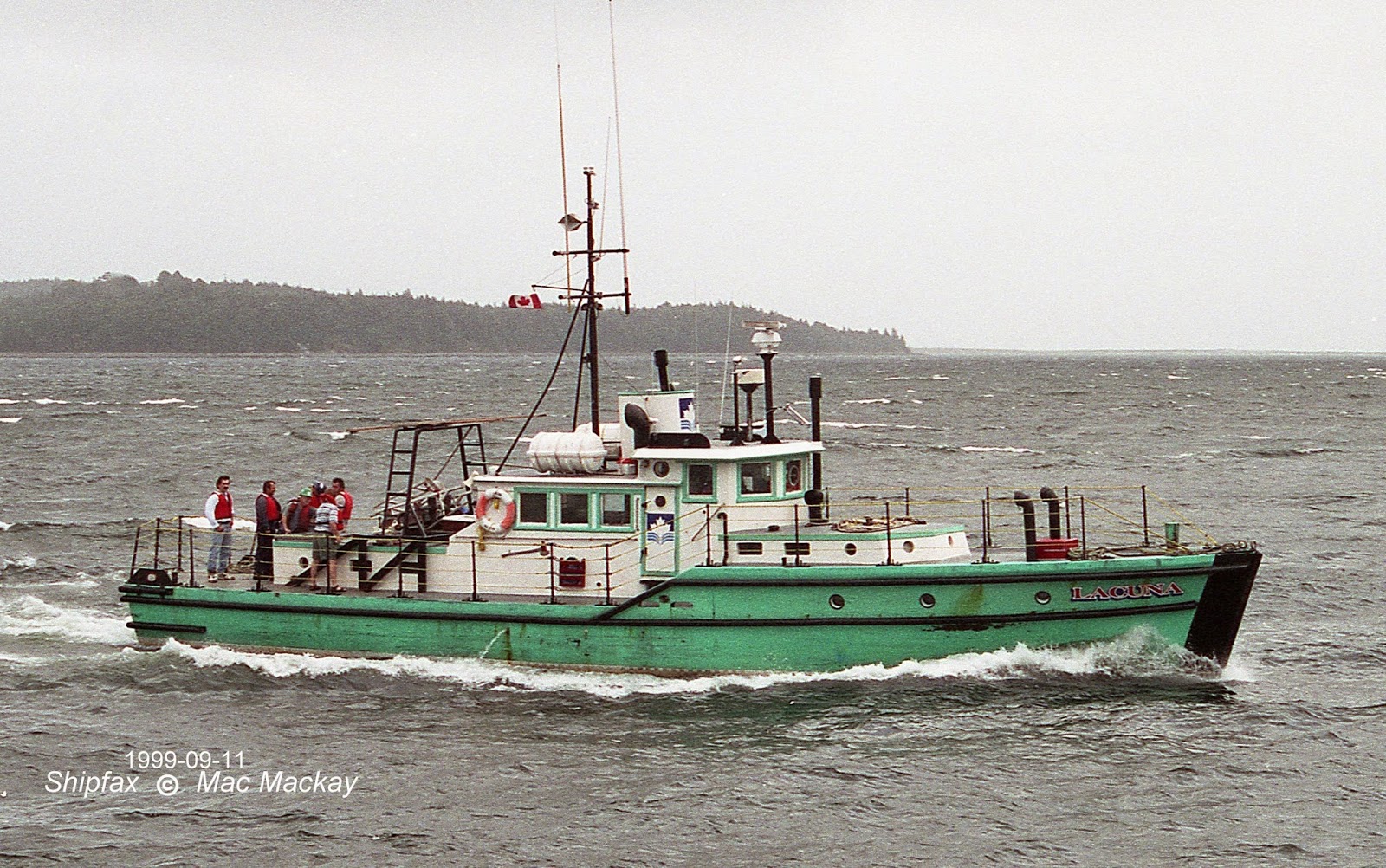 After the rebuild Lacuna lost some of  it bulwarks, and its anchor hawse pipes and plates, and gained some additional rub rails.. It still had a good turn of speed.

It would have been good for many years to come, but on October 24, 2002 it caught fire off Halifax. A RCN Sea King helicopter exercising in the area rescued the crew, but Lacuna burned out and sank, taking its ROV with it. 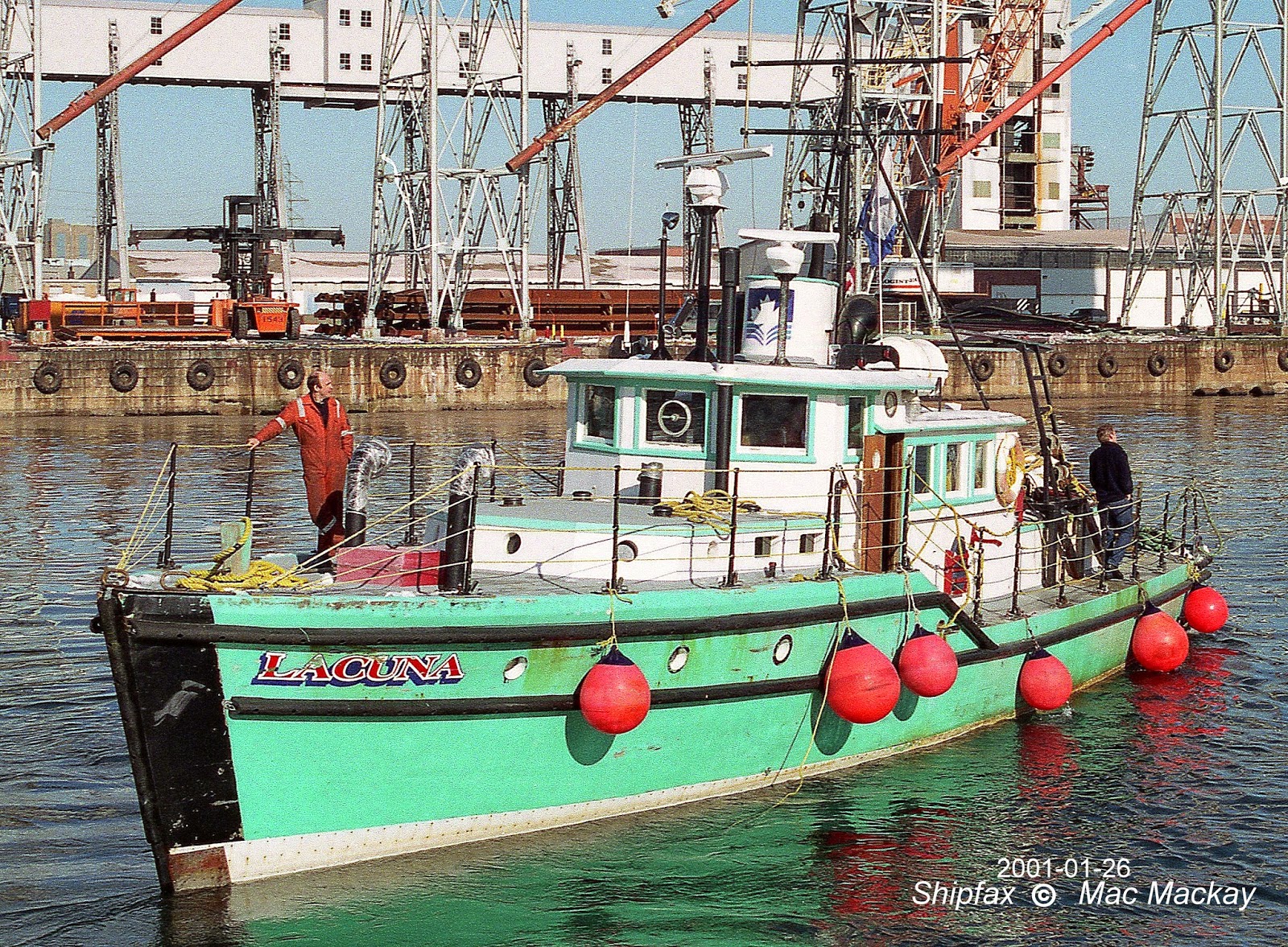