The Mediterranean Shipping Co (MSC), now the second largest container shipping company in the world has taken a perhaps unique route to growth. It has bought old ships from competitors and continued to run them (often with interesting results) for several years until they went for scrap. That is not to say that they haven't had new ships built for them, but the majority of their fleet has been  second hand or chartered.

On March 11, 2000 they claimed the distinction of  having the first container ship named for the port to call here. Ignoring of course the two previous Melfi Halifax ships, because they were technically general cargo ships carrying containers.

MSC's choice was intended to flatter Halifax, and perhaps it was a good thing that Halifax was polite enough to acknowledge the compliment without looking too closely to at the ship. In typical MSC fashion, they had chartered a 26 year old ship, which had previously belonged to their arch competitor Maersk, and gave it a new name. 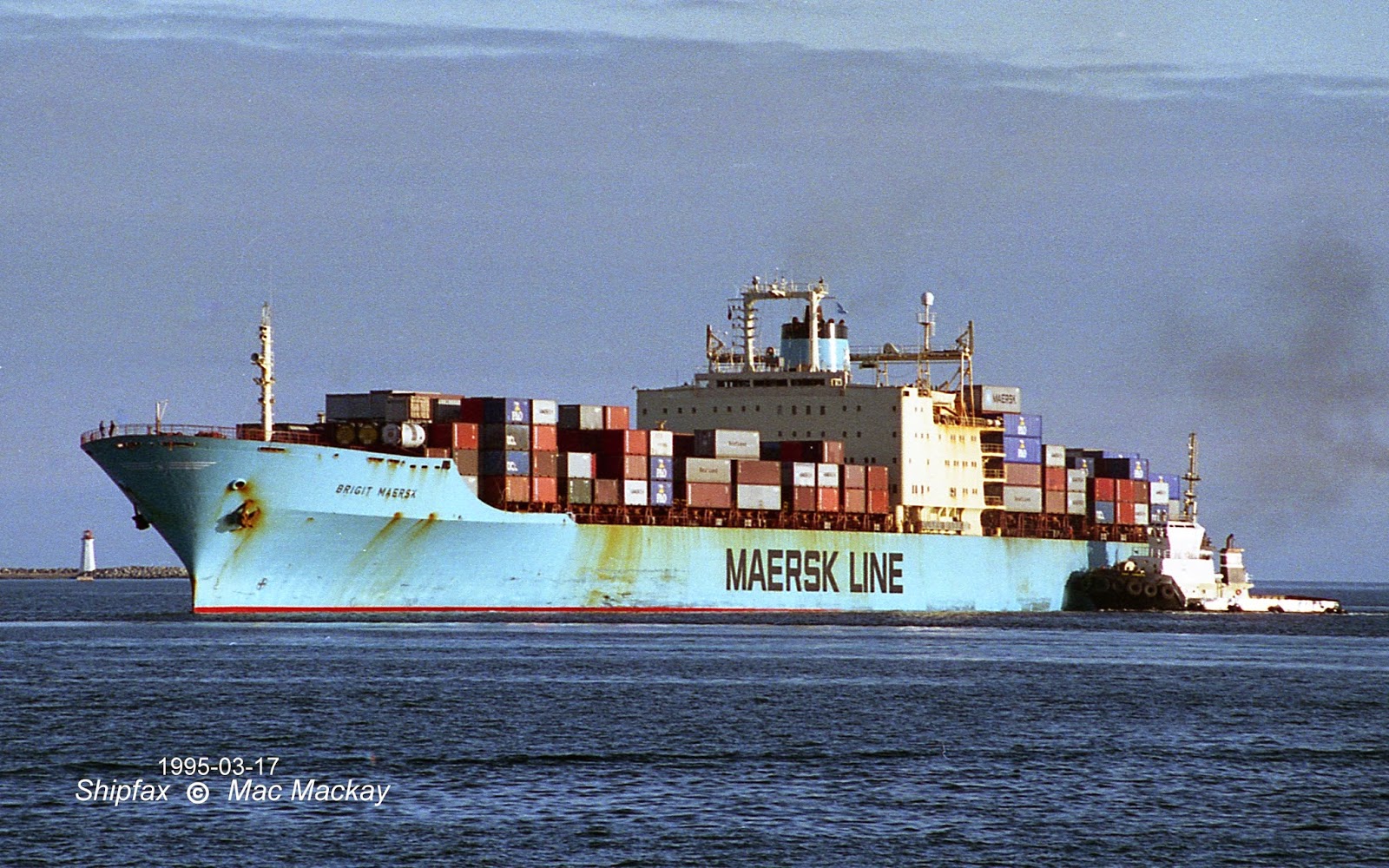 Brigit Maersk was a caller in Halifax in 1995.

Built in 1974 by Ishikawa Harima Heavy Industries in Aioi, Japan as Svendborg Maersk it was a 38,540 grt vessel with a TEU capacity of 2628. It had served on various Maersk services as 79: Seatrain Charleston, 80: Dragor Maersk, 85: Challenger 85: Dragor Maersk, 88: Brigit Maersk, 99: Brigit and had in fact been a caller in Halifax as Brigit Maersk. Owners Danos Shipping Co Ltd of Greece had not repainted the ship - it was still in Maersk blue, and had economized on painting the new name by using small lettering.They did however repaint the ship's hull, over time, in a slightly darker version of the Maersk colour. 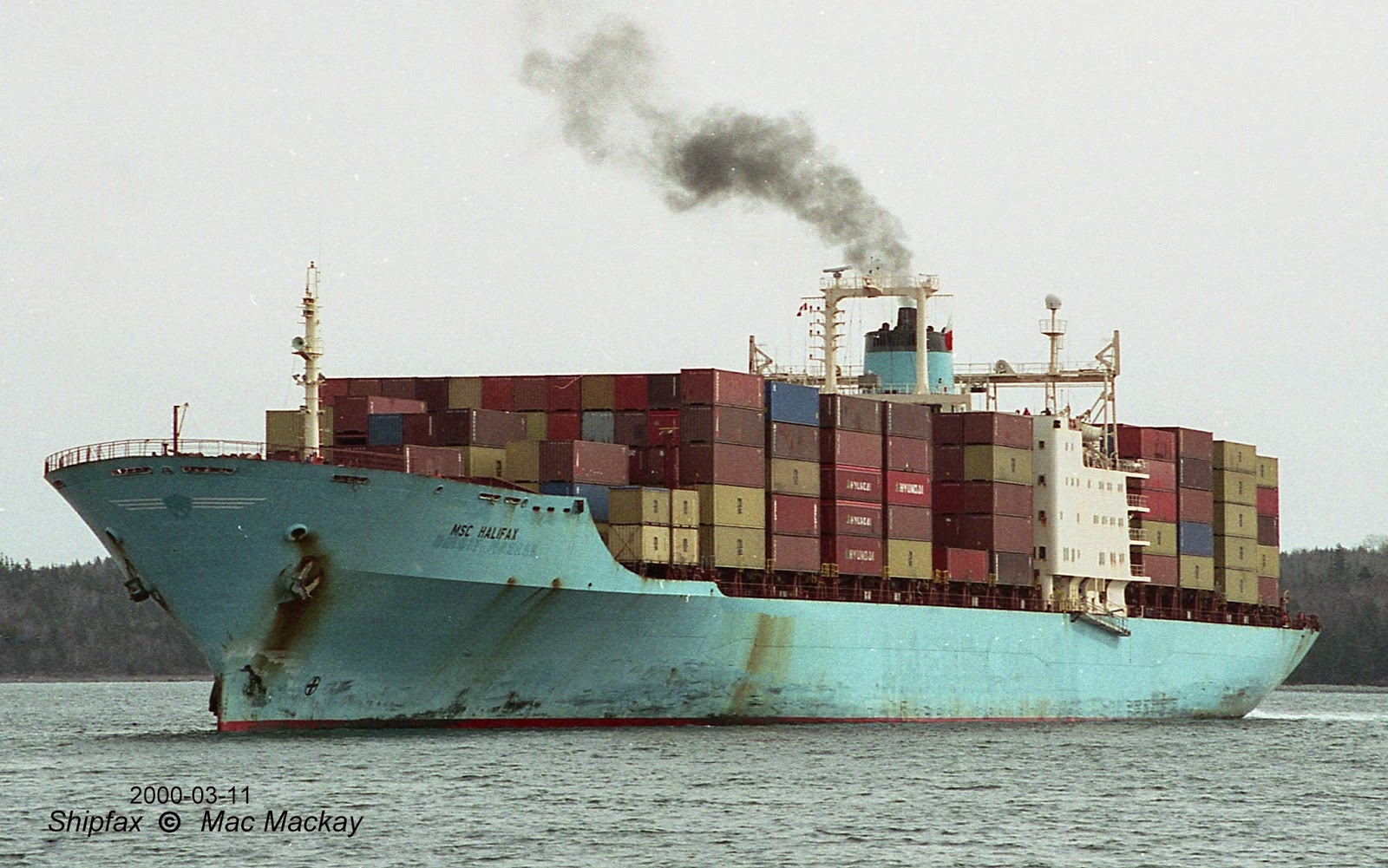 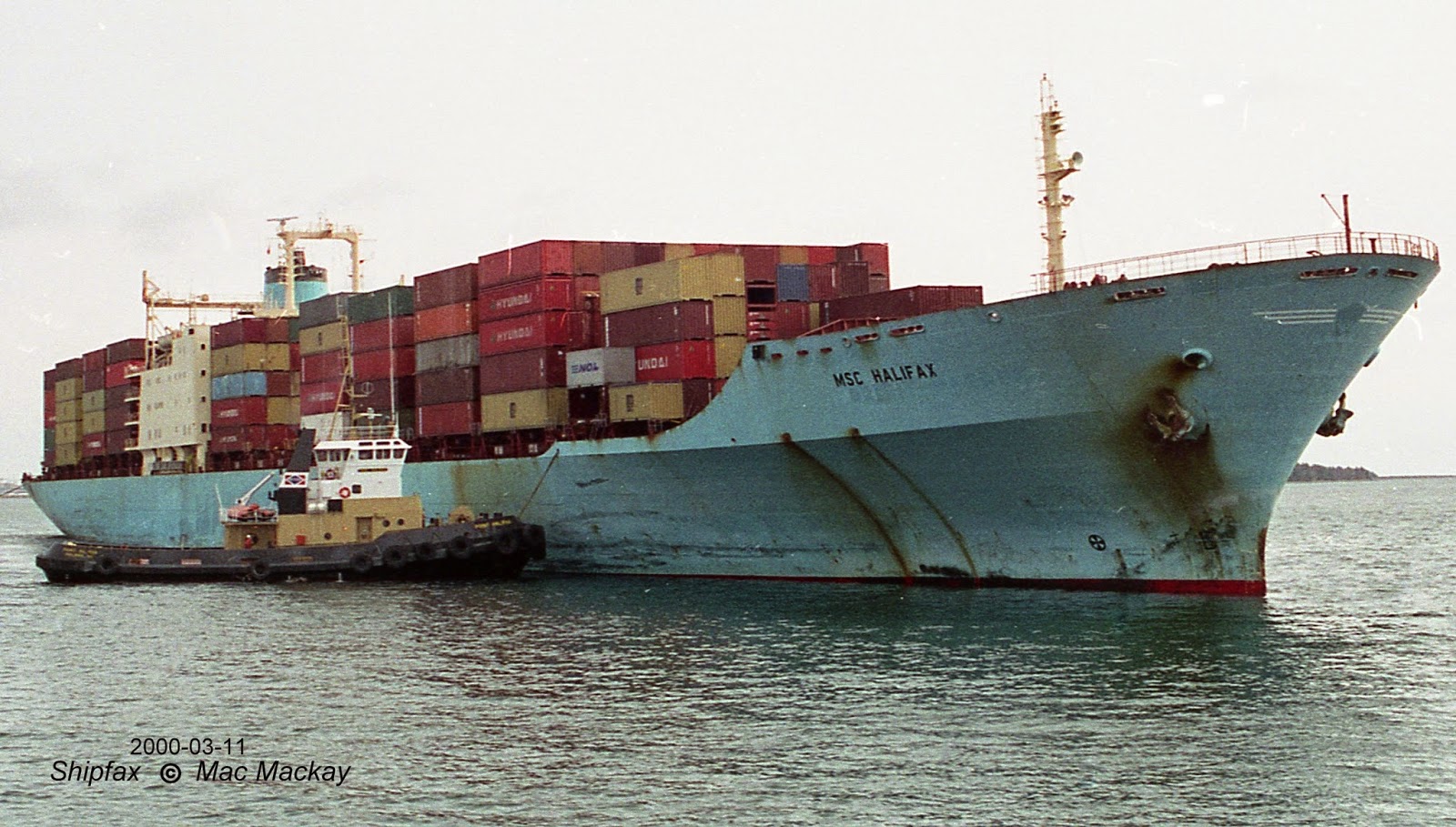 Point Halifax assists MSC Halifax to its berth for its first call in its new namesake port.

The MSC service to Halifax was short lived* and so was the ship. It was beached in Alang, India January 29, 2002 and promptly scrapped. 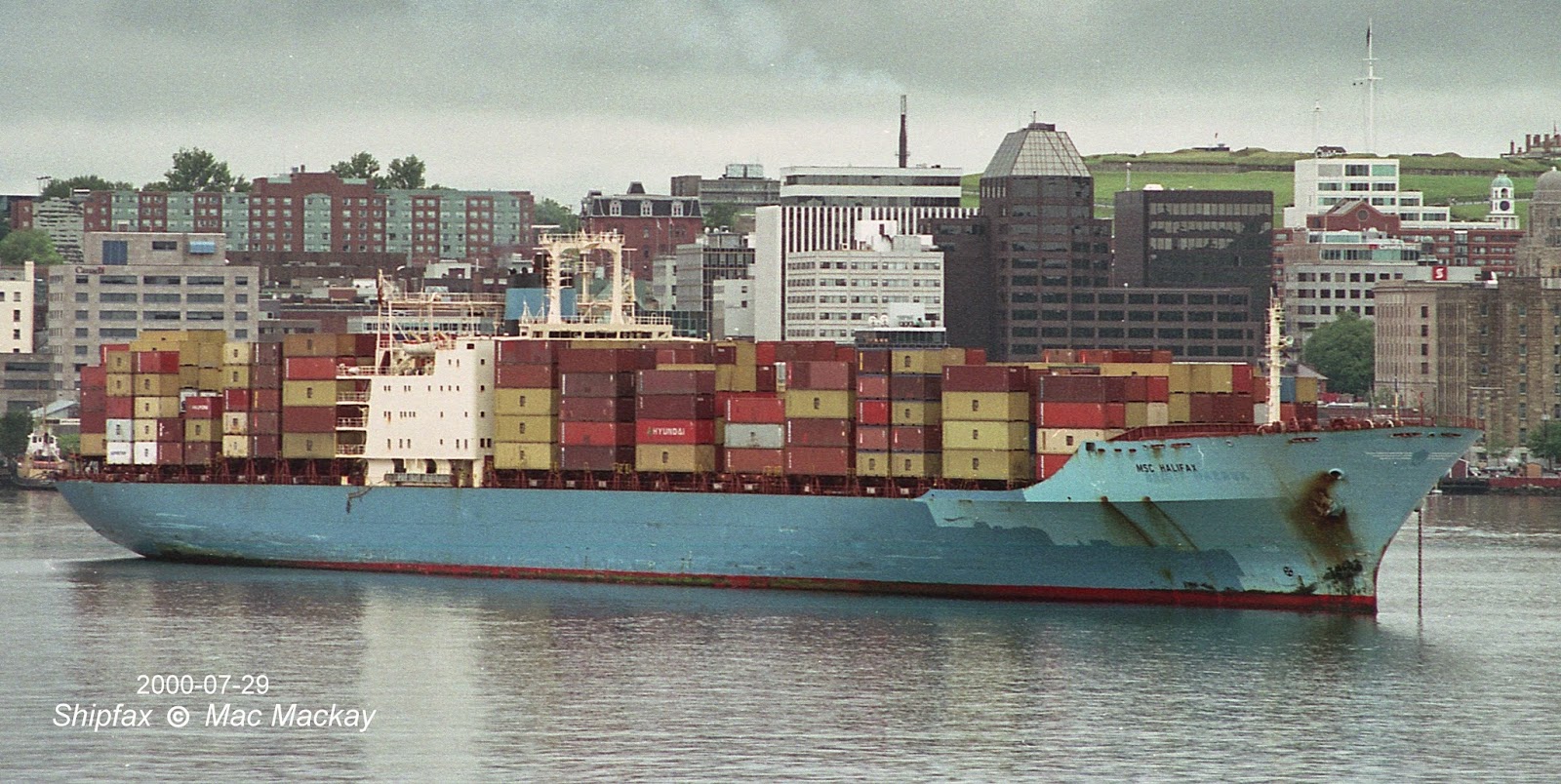 * MSC ran its service to Halifax  from January 22, 2000 to December 14, 2001. It then concentrated on Montreal as their Canadian port, and arranged with ACL for local area service here. They have since added Saint John, NB.
MSC Halifax made few actual calls to Halifax - it was reassigned to other routes after July 25, 2000.
.
Posted by Mac at 5:48 PM