After unloading at Imperial Oil the tanker BW Leopard anchored in the harbour yesterday for bunkers and sailed in the late afternoon. 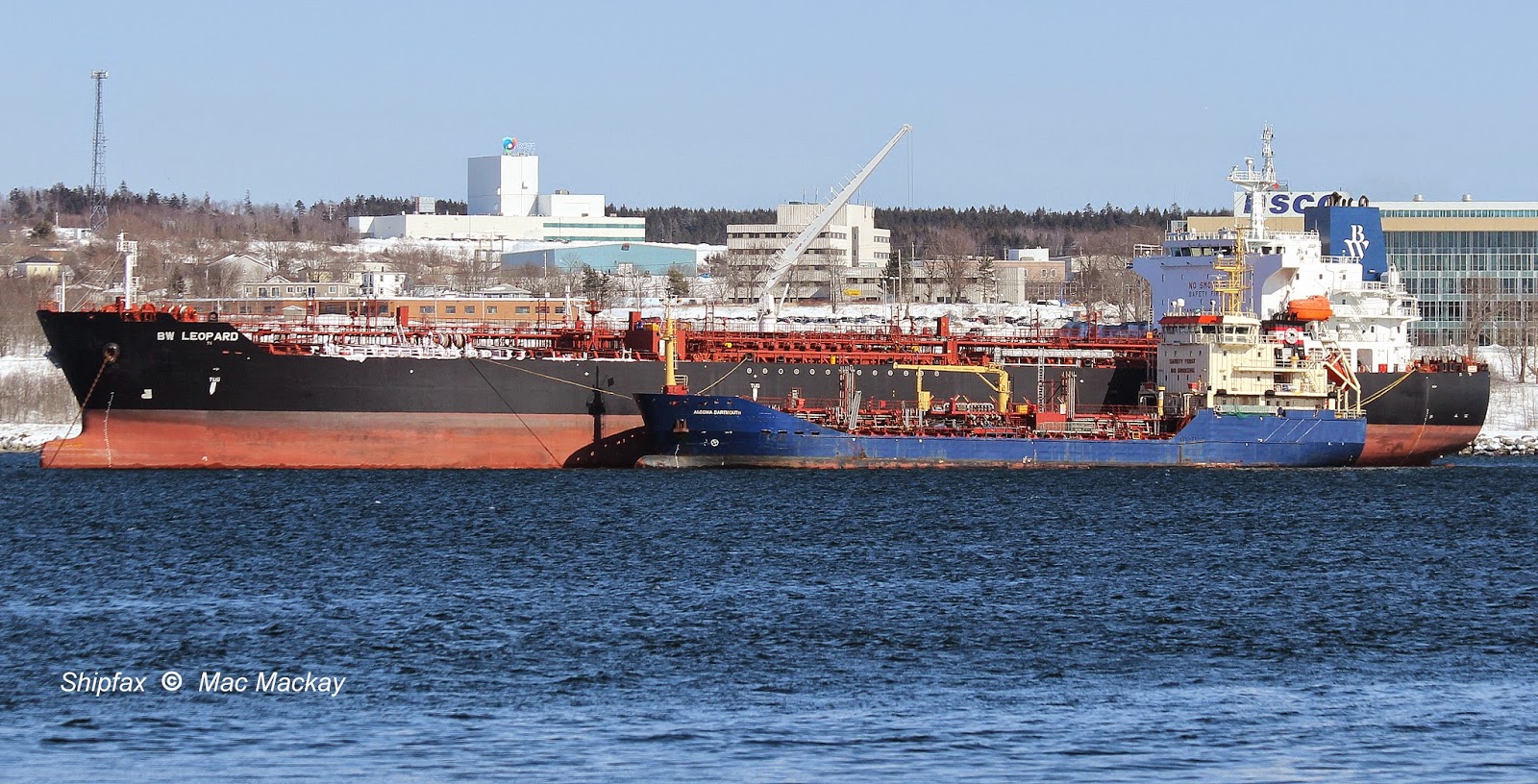 Built as Elandra Leopard by SPP Shipbuilding Co in Tongyeong, South Korea, in 2014 it was renamed BW Leopard after delivery to BW Maritime of Singapore. Tonnages are 29,737 grt, 49,999 dwt. 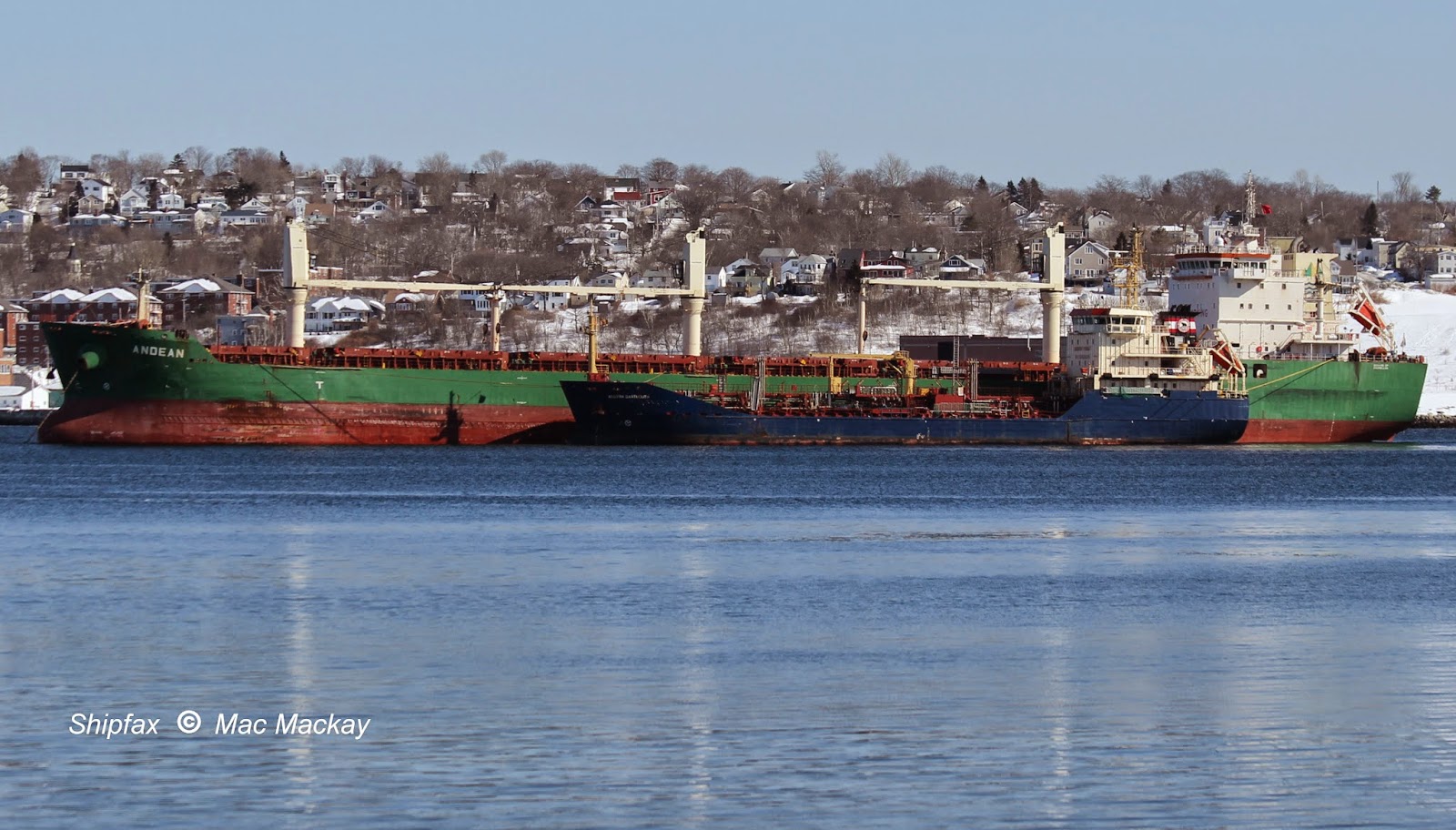 It was built in 2009 by Jiangsa Eastern Shipbuilding in Jingjiang, China. Its tonnages are 19,814 grt, 30,770 dwt. It flies the Cyrus flag for Navarone SA of Athens and is on long term charter to Canfornav Inc  (Canadian Forest Navigation of Montreal). A Great Lakes caller in season, it is equipped with three 30 tonne cranes.

This morning the tanker Nounou tied up at Nova Scotia Power's Tufts Cove generating station to deliver fuel. The plant normally burns natural gas, but can use oil when there is a price advantage. 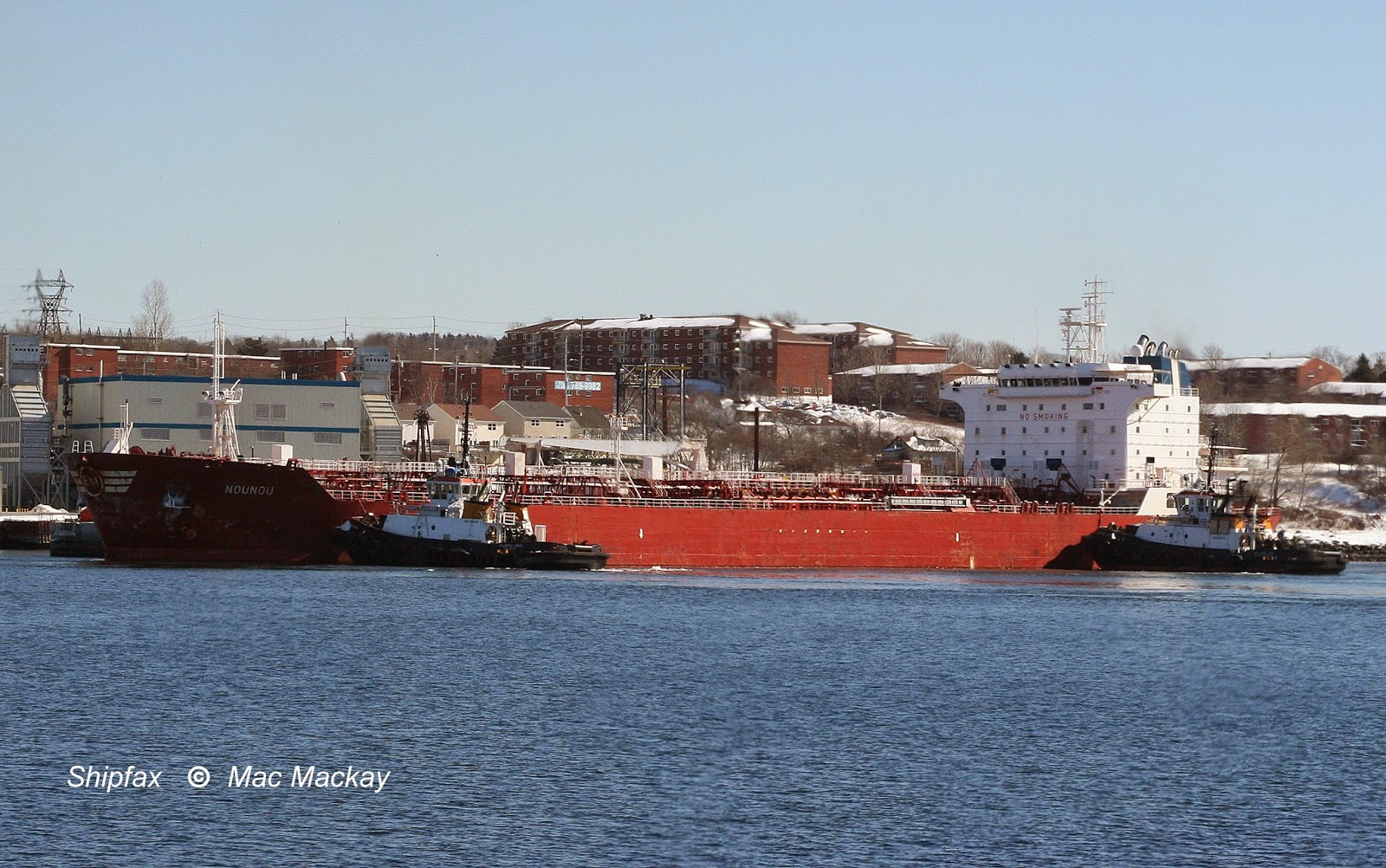 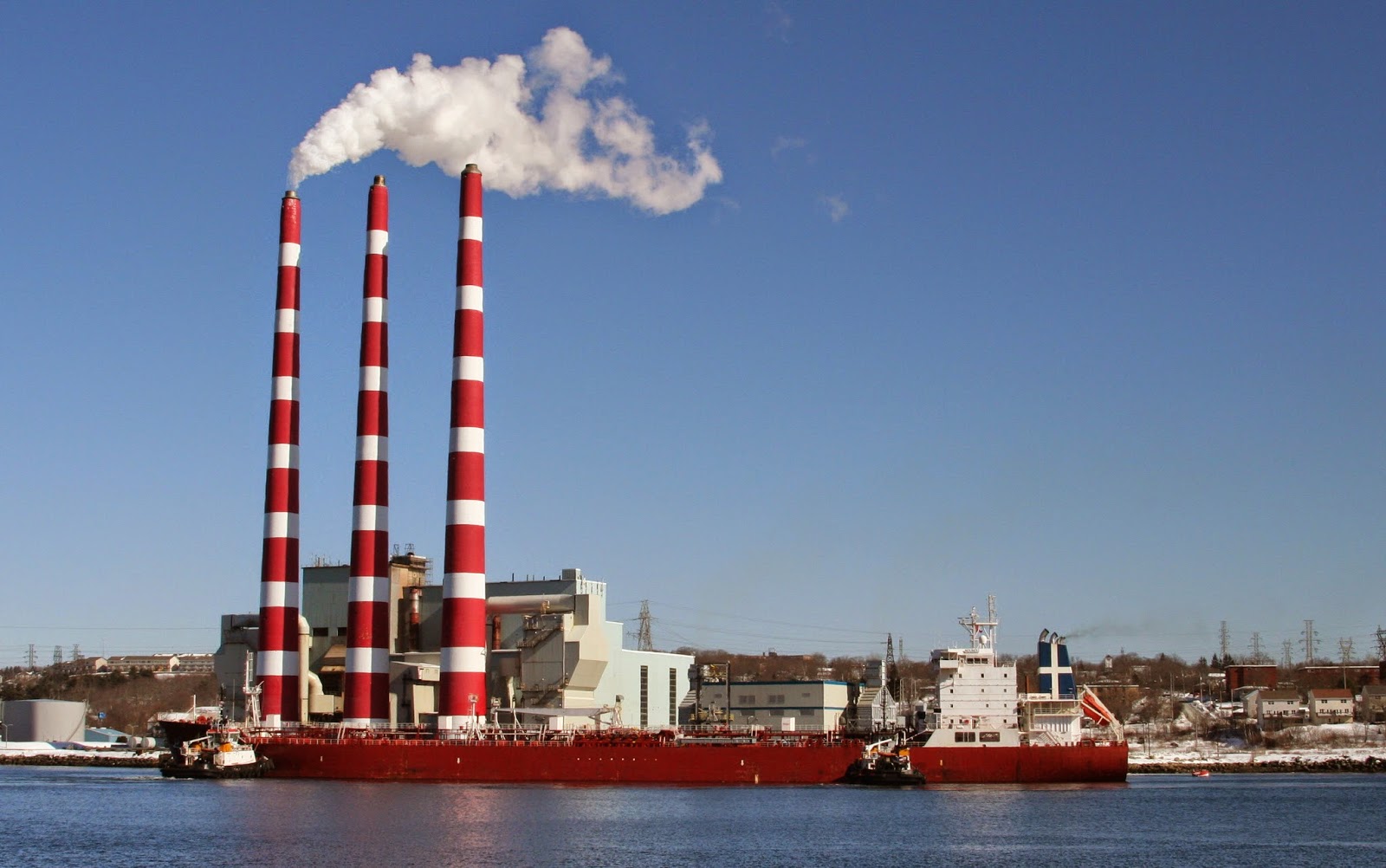 Nounou dates from 2010 and  Brodosplit in Split, Croatia. It flies the Greek flag for owners Eastern Mediterranean Maritime SA of Athens. It has typical handysize tonnages of 26,254 grt, 44,990 dwt. 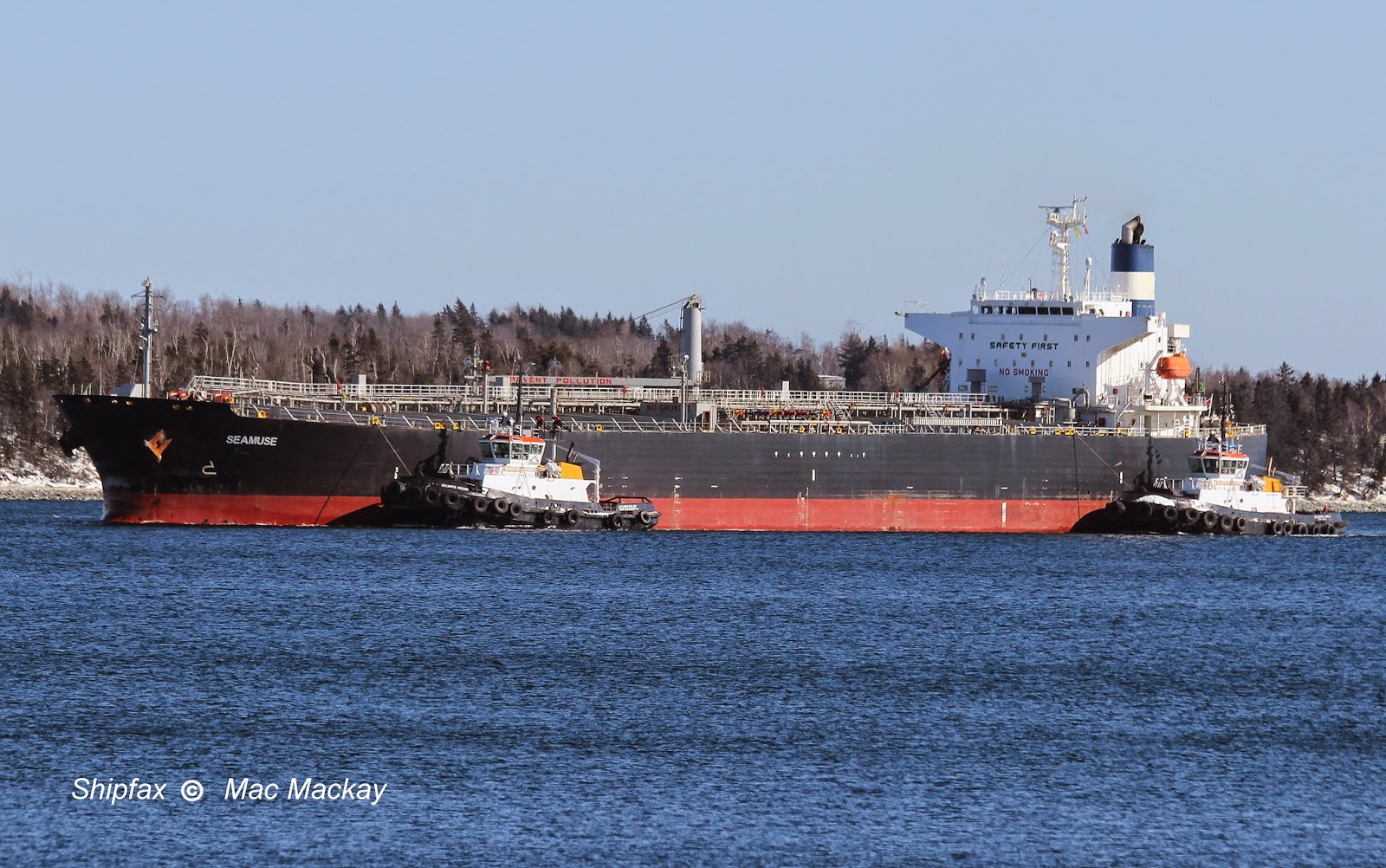 The Maltese flag tanker came from Iwagi Zosen in Iwagi, Japan in 2007 as Belaia for Schulte BSM of Singapore. It was acquired by Thenamaris of Athens in 2014 and renamed.  Another typical handysize it measures 28,779 grt and lifts 48,6783 dwt.