The Atlantic Companion is now due in Halifax Sunday, February 8, after having retreated to Liverpool when  it suffered an engine breakdown January 20 south of Ireland. The ship left its anchorage in Bantry Bay January 25 reaching Liverpool the next day, and appears to have sailed January 30 for Halifax. 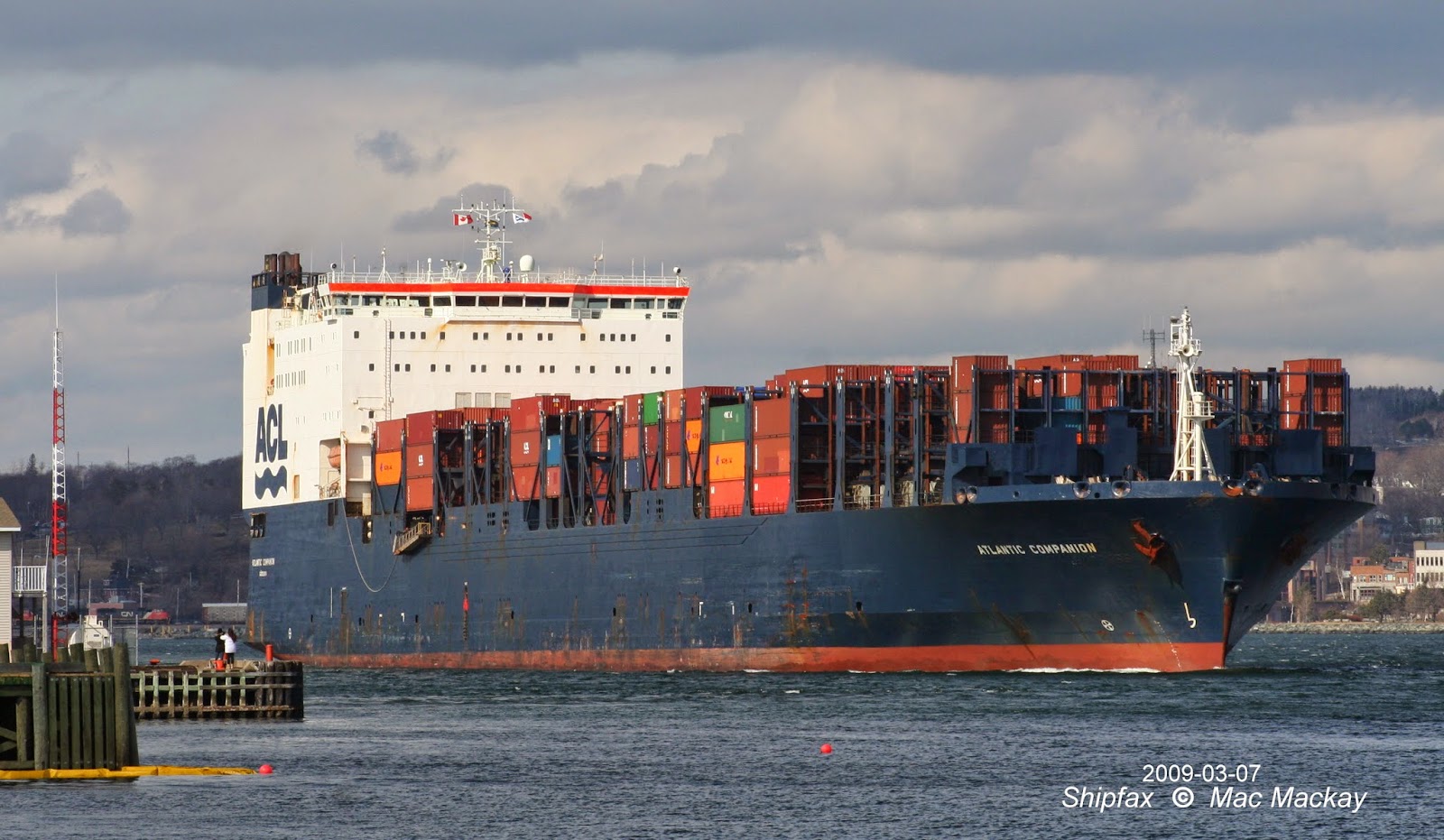 The ship is one of the stalwart G3 ships due to be replaced later this year after 31 years. Its maiden voyage arrival in Halifax was March 27, 1984.