A semi-submersible drilling rig, built at Halifax Shipyard in the glory days of rig building was reported to be in trouble off China February 10. The rig SEDCO 709 was listing, with its deck nearly awash 3.9 mi off Shandong while under tow to the scrappers at Zhoushan.
The tug had to break off the tow, but the rig was anchored for de-watering. However it has no operational equipment of its own and the work will have to be carried out by a salvage team.

There may be more details in this link, but it is in Chinese:

The rig was built in 1977 by Hawker Siddeley Ltd., Halifax Shipyard Division and had the distinction of being the world's first dynamically positioned semi-submersible oil drilling rig (ODR). It could drill to a depth of 25,000 ft in 3,000 ft of water. It consisted of a 295 ft x 245 ft platform supported by 4 main columns of 30 ft diameter and four smaller columns of 19 ft diameter on two pontoons, and was 112 ft high. It completed trials in St.Margaret's Bay in March 1977. After exploratory drilling on the Scotian Shelf until about 1986, it moved on to work in other parts of the world.
In 1999 it received a major upgrade that allowed it to drill in 5,000 ft of water and had its accommodations increased from the original 91 to 124. After another refit in Capetown in 2006 it went back to work in Nigeria after working there and in Gabon and Angola. 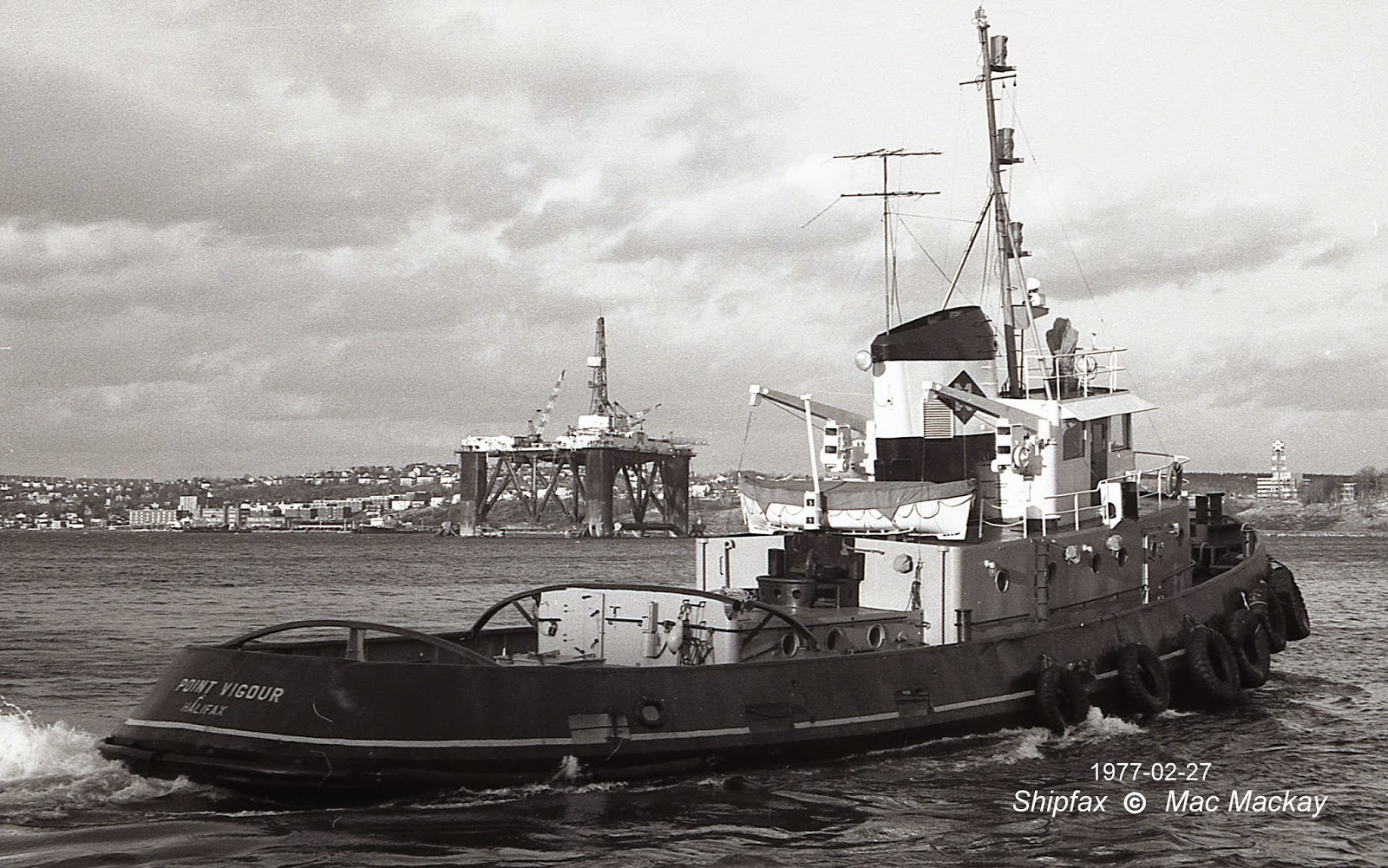 Seen over the fantail of the tug Point Vigour, SEDCO 709 H sits at anchor in Halifax Harbour shortly before departing for trials in St.Margaret's Bay.


N.B. After publishing the photo above, I realized that the rig did not fit the description of SEDCO 709. In fact it is SEDCO H, also built by Halifax Shipyard, but of the earlier triangular platform design.I am leaving it in for comparison purposes. 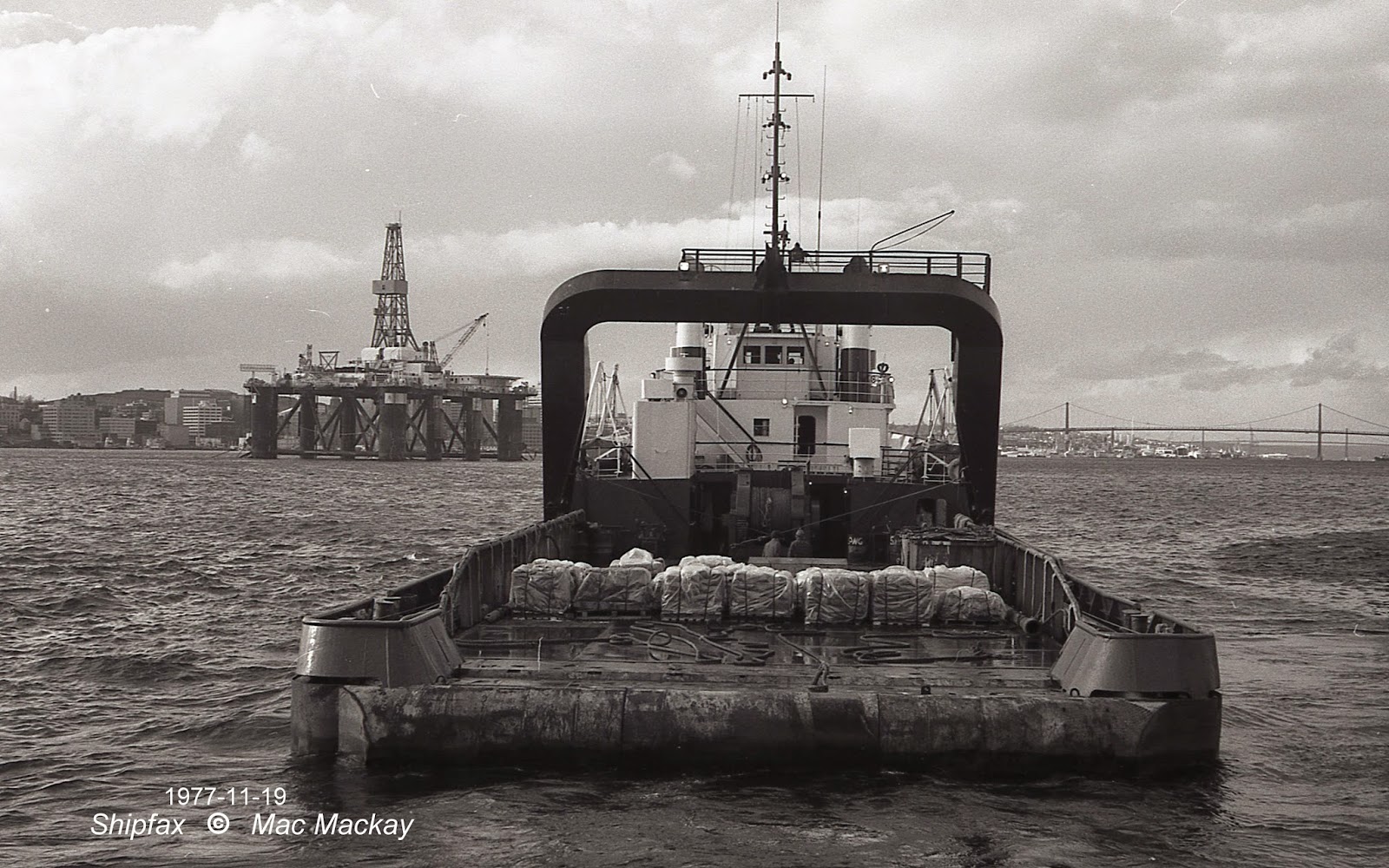 The supplier Cathy B sets out from Dartmouth to the SEDCO 709 anchored in the harbour. 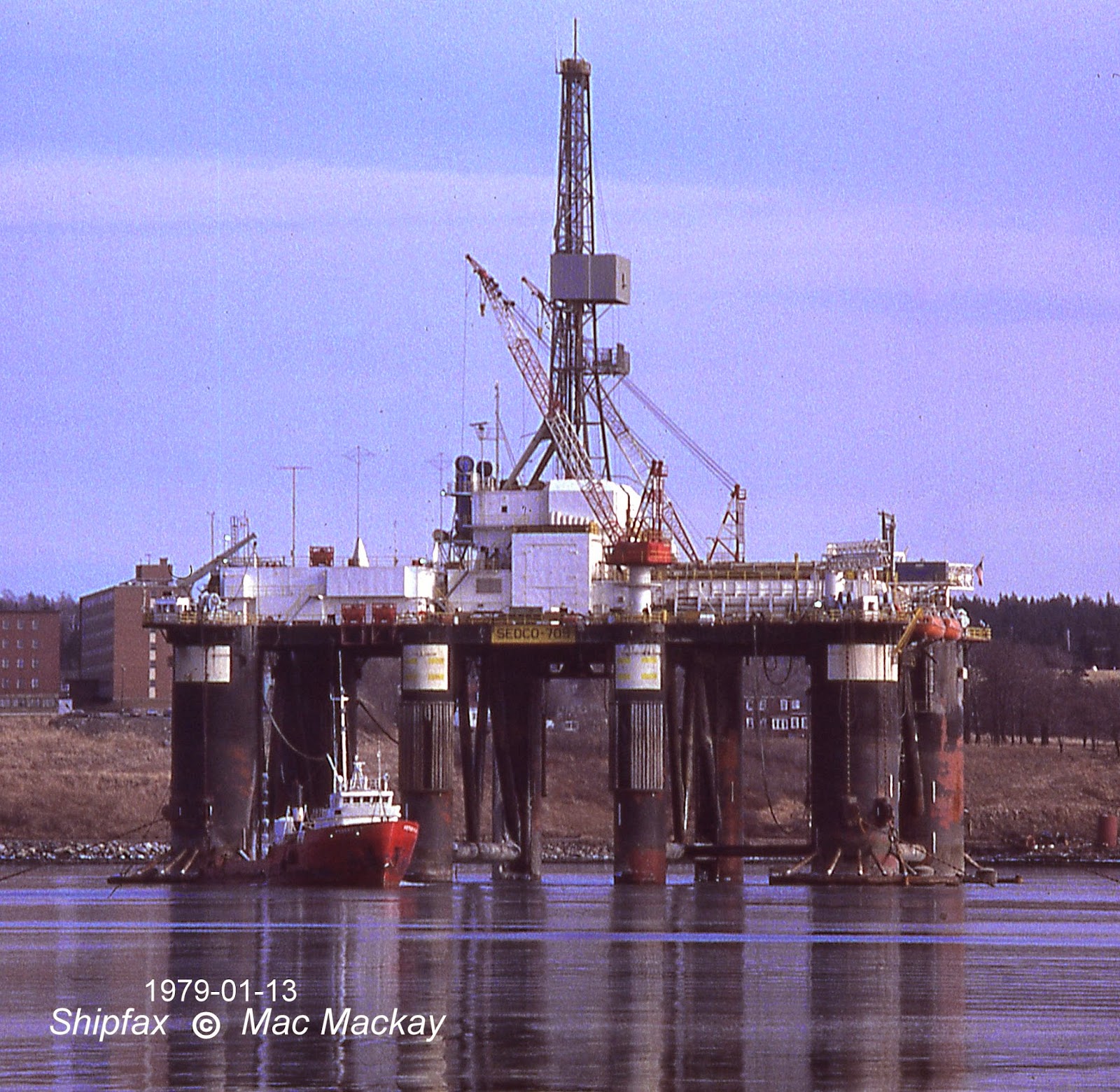