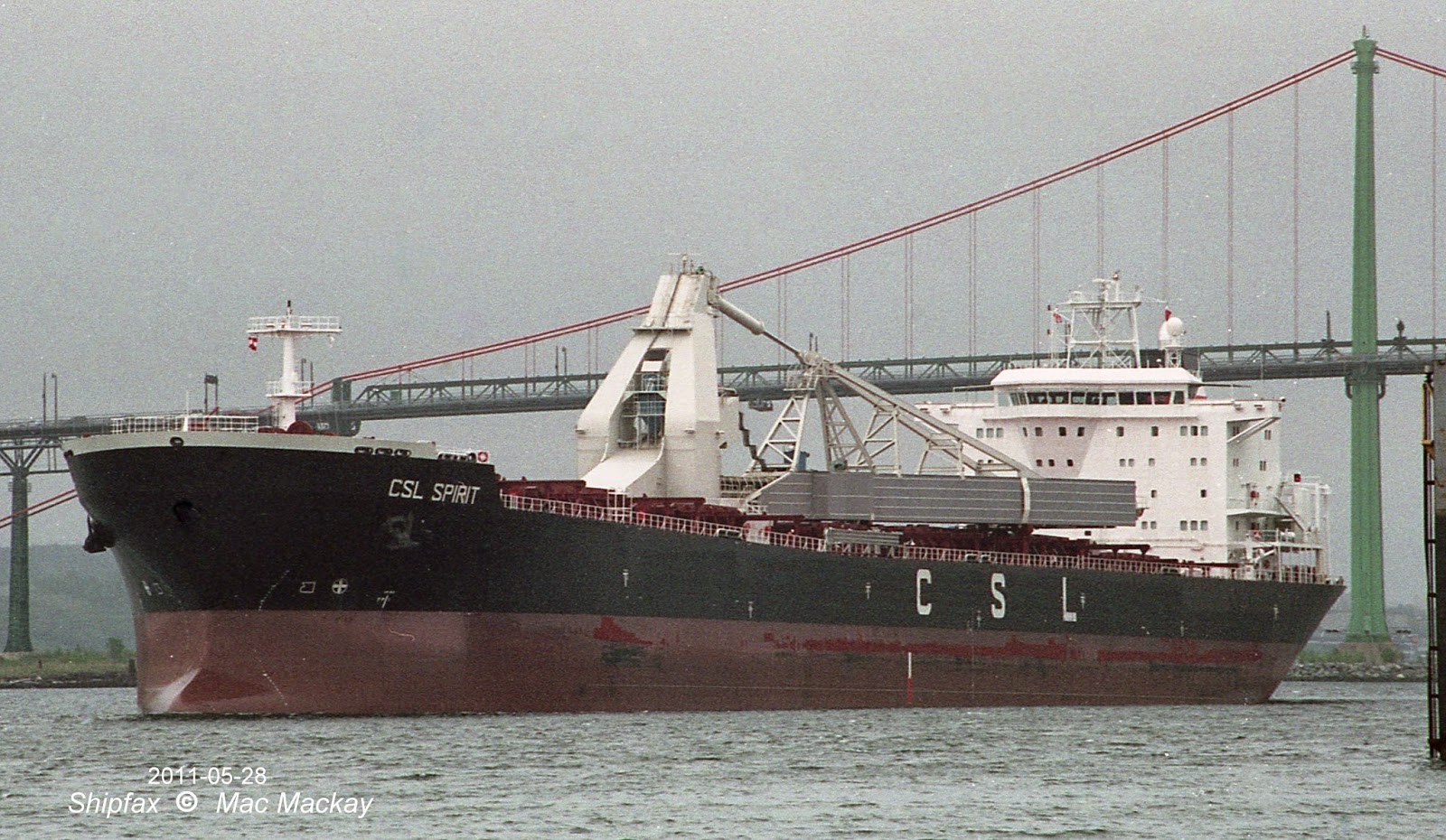 The largest bulk carrier under the Canadian flag arrived in Halifax for a rare call today to take bunkers. CSL Spirit was a regular caller here for gypsum until 2011, but under the Bahamas flag. It was then transferred to the Canadian flag and sent to Sept-Iles, QC where it has operated ever since as a shuttle vessel. It picks up iron ore at Pointe Noire or Sept-Iles and ferries the cargo out to larger ships anchored in Sept-Iles Bay.
Using its 79m long telescoping conveyor boom, it fills up the larger ships at a rate of up to 6,000 tonnes per hour. It can take three or four shuttle trips to load the largest bulk carriers.

Construction of a new multi-user pier at Pointe-Noire was completed in October, with loader equipment due to be operational by this summer. It will allow Chinamax ships of 350,000 dwt to tie up and load directly. Added to that the closure of Cliff's Wabush/Bloom lake mine and the prospective sale of its assets in the area, CSL Spirit's services may no longer be required when the new pier starts up.
But demands by Alderon's new Kami mine and Rio Tinto's mine and even the Iron Ore Company of Canada to use larger ships mean that I may be premature in my suggestion.

CSL Spirit has been shown on these pages several times before. 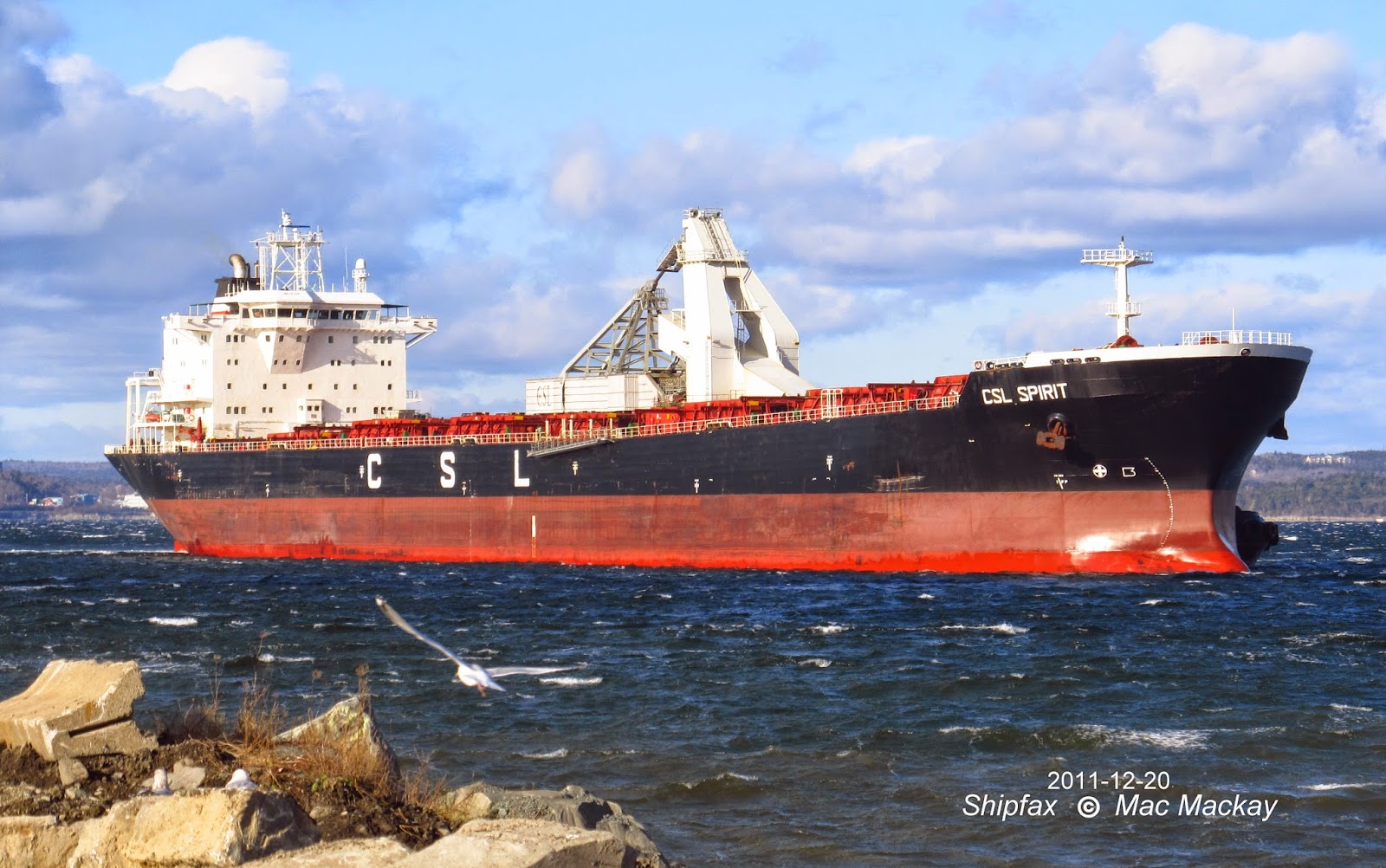 My favorite photo of CSL Spirit, thanks to a co-operative gull, December 20, 2011.

CSL Spirit with Algoma Dartmouth alongside in anchorage number 1. The ship has cargo aboard, which must be iron ore. It has also accumulated a lot of frozen spray on deck on its trip from Sept-Iles.
The CCG/DFO boat Sigma T. makes its way back in to BIO after doing water sampling off Chebucto Head.
.
Posted by Mac at 8:03 AM