One of the oldest shipping lines was the Bristol City Line (BCL). Originally started in 1704 it finally disappeared in 1974. The line was owned by Charles Hill + Co, which also had interests in shipbuilding and freight forwarding.

BCL started a steamship service to from the UK to the USA in 1879 and added Canada in 1933 and  began to serve the Great Lakes in 1958. It named all its ships after cities, often re-using the same names over and over, but only had one Halifax City.

It was built along modern lines in 1964 by the Burntisland Shipbuilding Company with engines 3/4 aft. A  general cargo vessel of 6533 grt, 8580 dwt it had three cranes and an array of derricks and was a regular user of the St.Lawrence Seaway calling at ports as far inland as Chicago.

As with most shipping companies in those days its main Canadian port was Montreal and this ship was built to ice class III allowing it to call there all year.It did however visit is namesake port on occasion, but before my time. 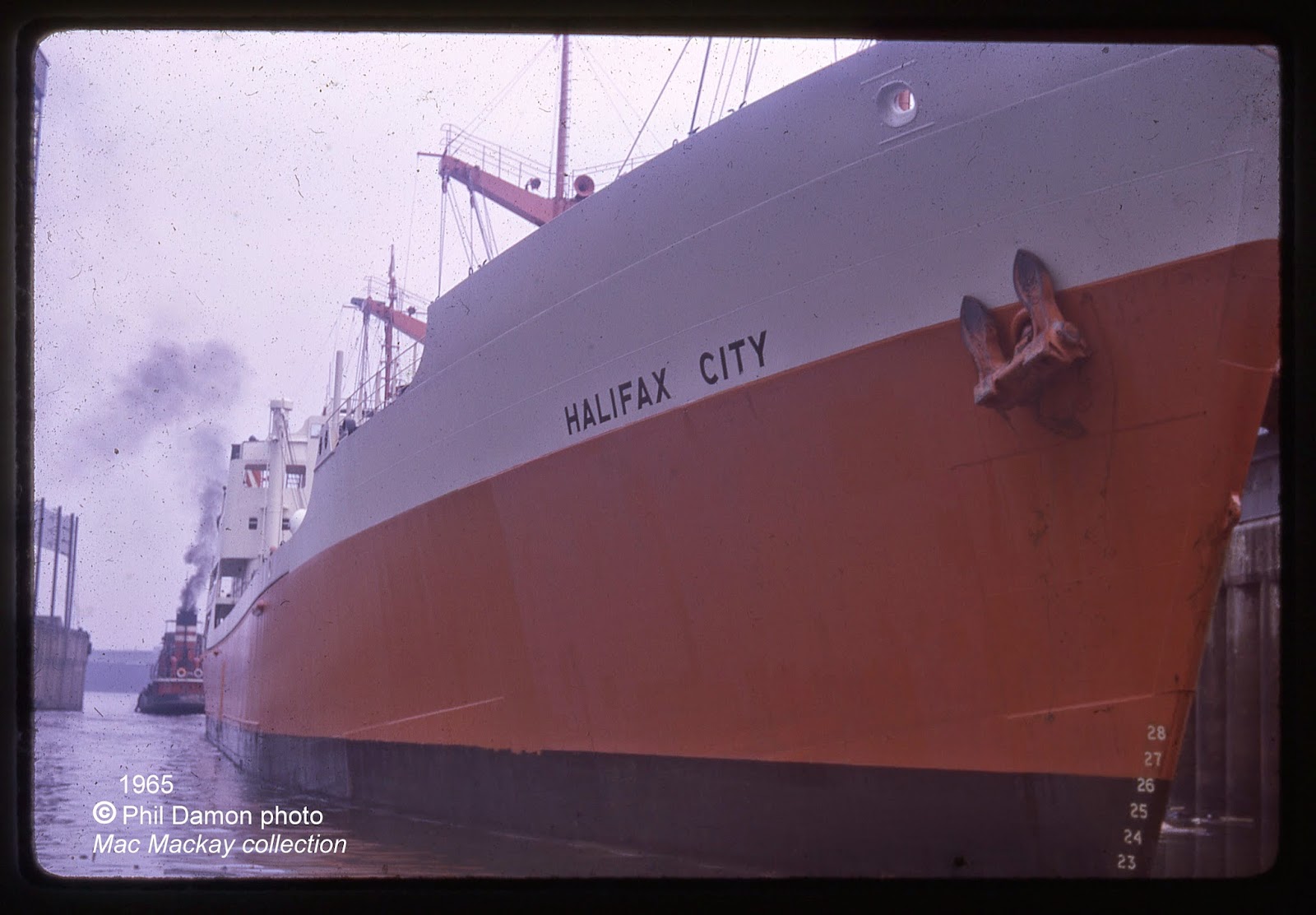 Halifax City in Montreal in August 1965.

In 1969 BCL joined with Cie Maritime Belge and Clarke Traffic Services of Montreal to form the Dart Container Line operating from Antwerp to Halifax, New York and Norfolk. It was therefore one of the earliest transatlantic container lines. Using chartered tonnage for a time, the line had three ships built to start: Dart America (owned by Clarke), Dart Atlantic (owned by Bristol City) and Dart Europe (owned by CMB). Just as those ships were being delivered in 1971, Charles Hill sold the Bristol City Line to the Bibby Line another venerable British company. Interestingly both BCL and CMB painted their ship orange, and so did Dart.


Bibby had its own ships, and so sold off Bristol City's conventional general cargo ships when events in Burma and Ceylon cut into their traditional lines. Halifax City went to owners in Thailand in 1972, to become Thonburi. It was renamed Nakornthon in 1973 by the same owners, and they delivered it to breakers in Bangkok July 18, 1986.

Bibby sold its interest in Dart to C.Y.Tung's Orient Overseas Container Line (OOCL), which also bought out Clarke in 1973. In 1981 OOCL (which had acquired Manchester Liners), CMB, and CP Ships formed the St.Lawrence Coordinated Service, combining their separate container lines. HAPAG-Lloyd bought CPShips and continue to operate the service with OOCL.

OOCL also names their ships after cities, but so far has not seen fit to have an OOCL Halifax, despite serving the port as part of the G6 Alliance.