Of the many small craft working the waters of Halifax harbour, one unique vessel was the Nan + Greg. Built in 1961 in Lower l'Ardoise, NS, at the mouth of Chedabucto Bay, it operated from the area of the Halifax ferry terminal. In fact its owner, William J. Smith had his office in the old ferry terminal building.* 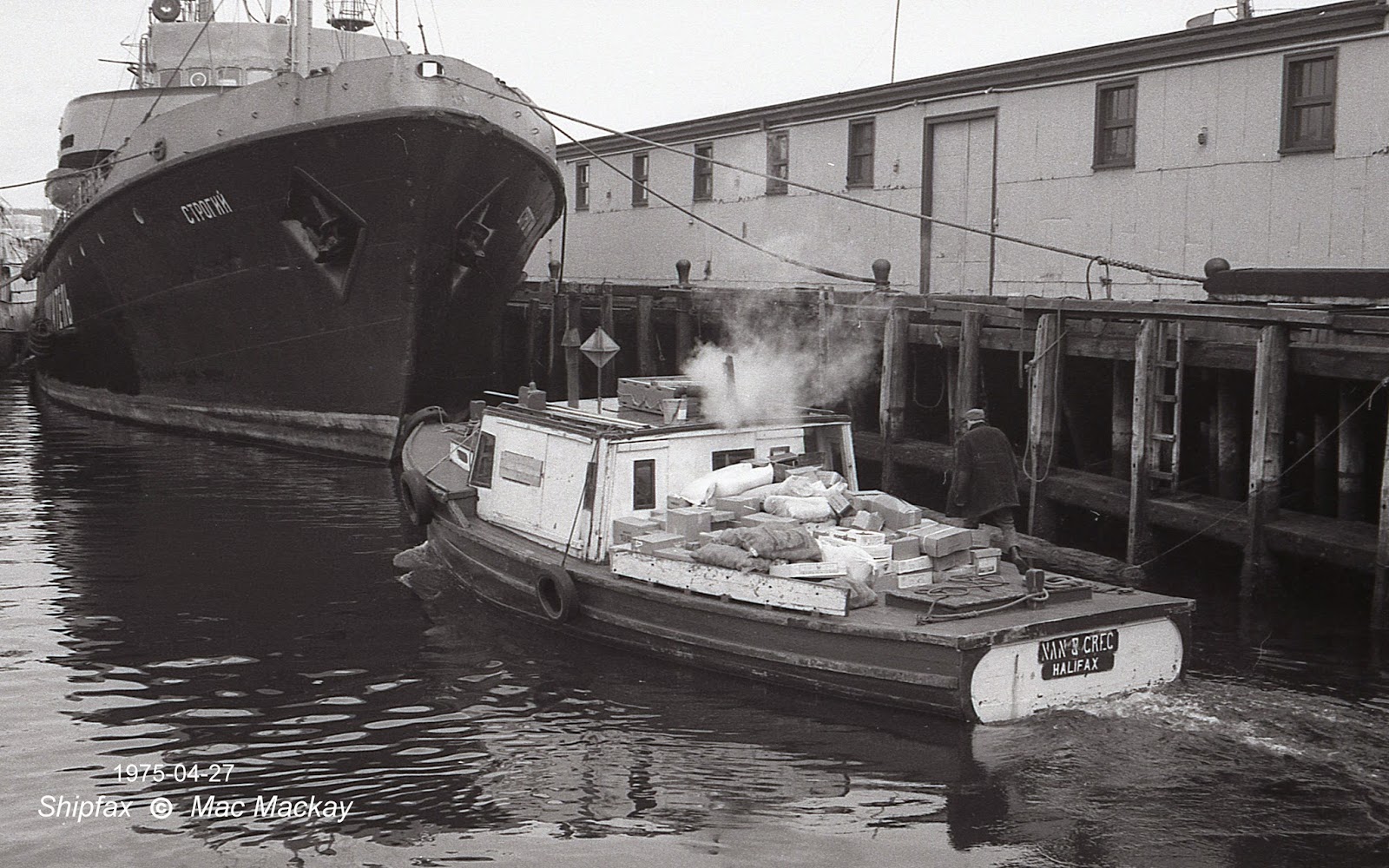 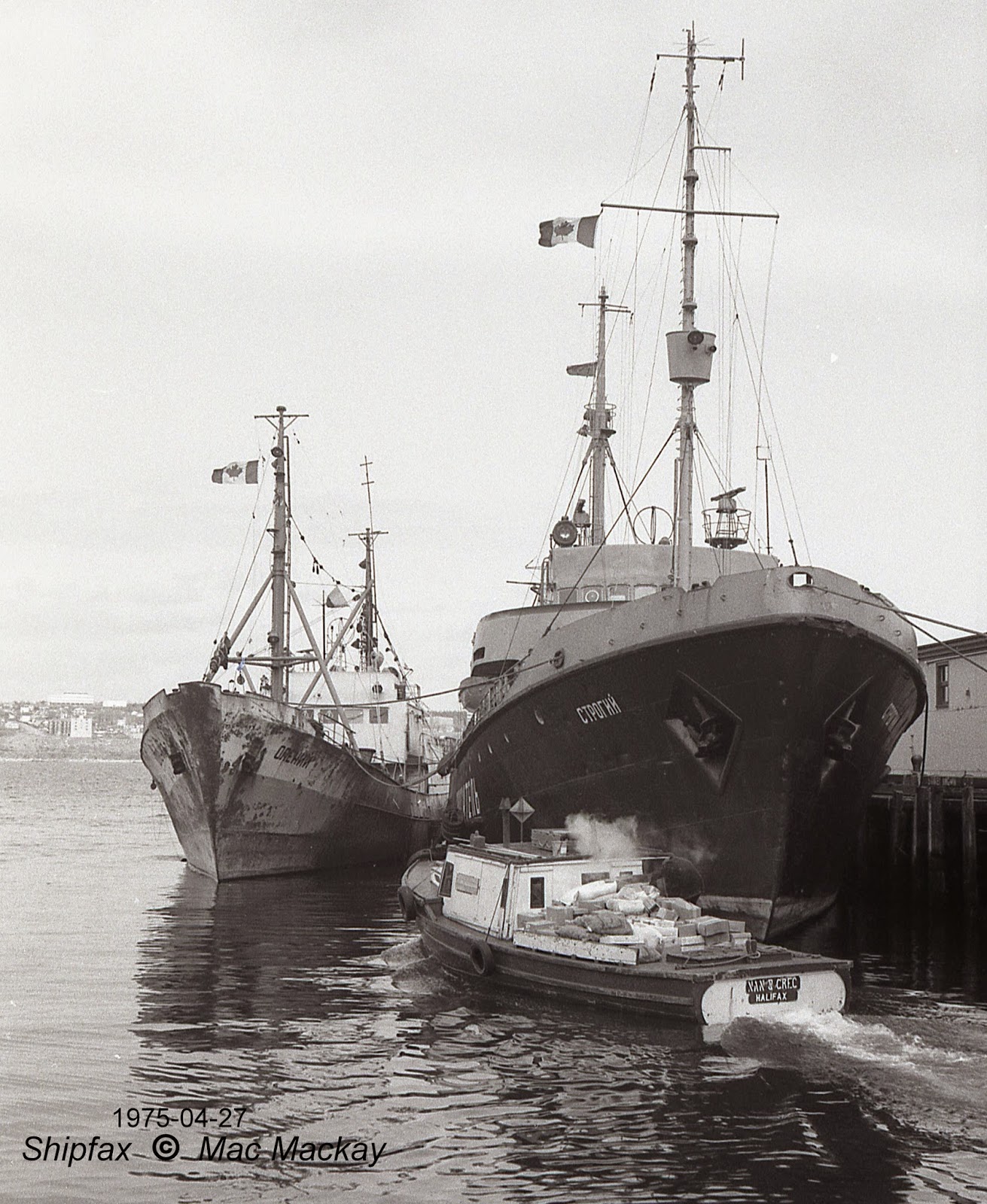 Nan + Greg sets out from the ferry slip, Western Union cable wharf area with a deck load of supplies. The Russian salvage tug Strogij is tied up at the pier with e trawler Oleny, towed in from sea.

Nan + Greg was termed a bum-boat, and spent most of its time ferrying supplies out to ships at anchor or at distant piers. Built along Cape Island type fishing boat lines, it had a flush deck, with two hatches, to carry its cargo, with only low bulwarks to keep in from sliding off. It had a somewhat larger cabin that a fishing boat, and as I recall was painted green. 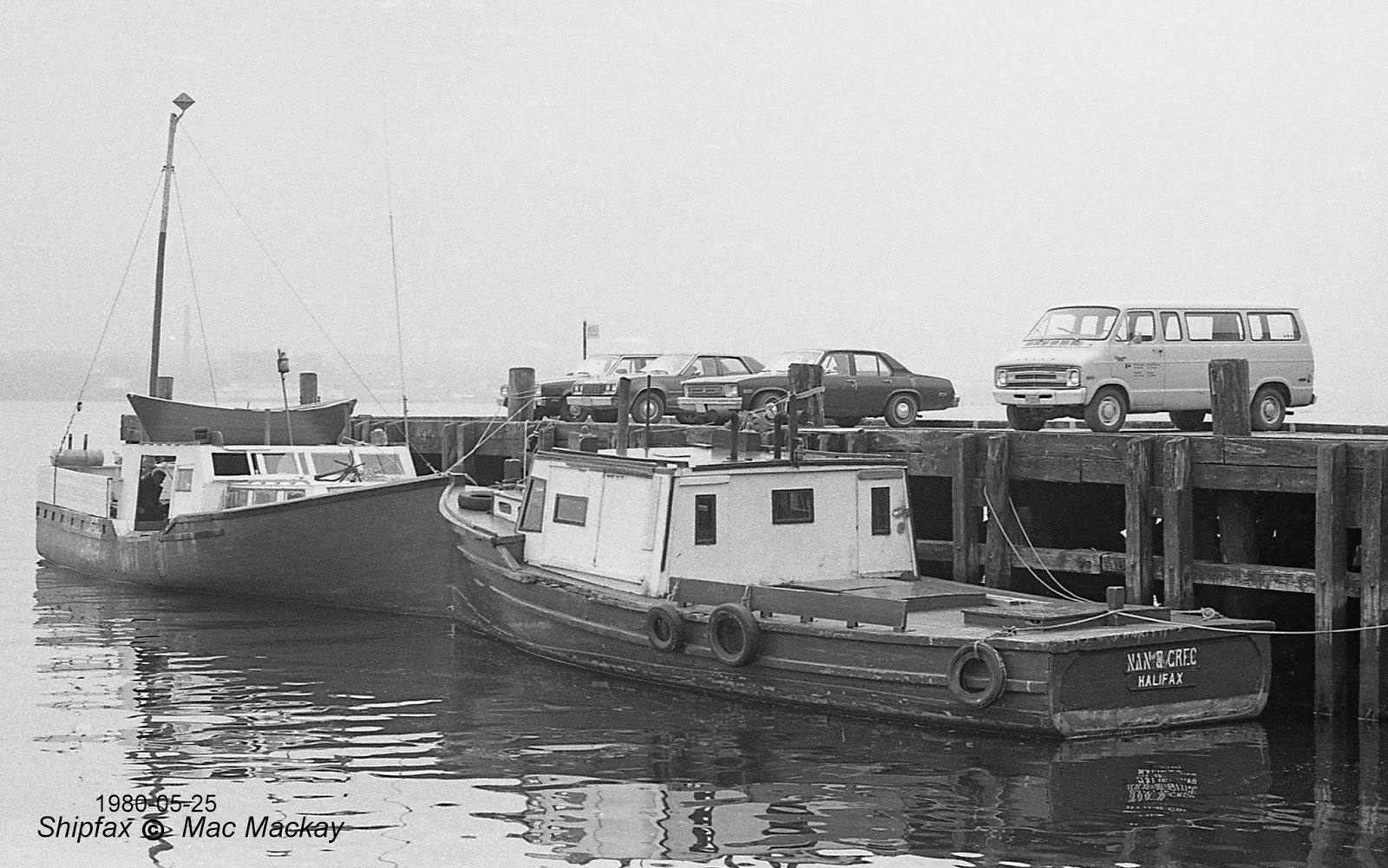 Nan + Greg at Queen's wharf with a local fishing boat.

* The (then) new Court House and the old ferry terminal building is shown in this 1971 photo from the court house bridge. 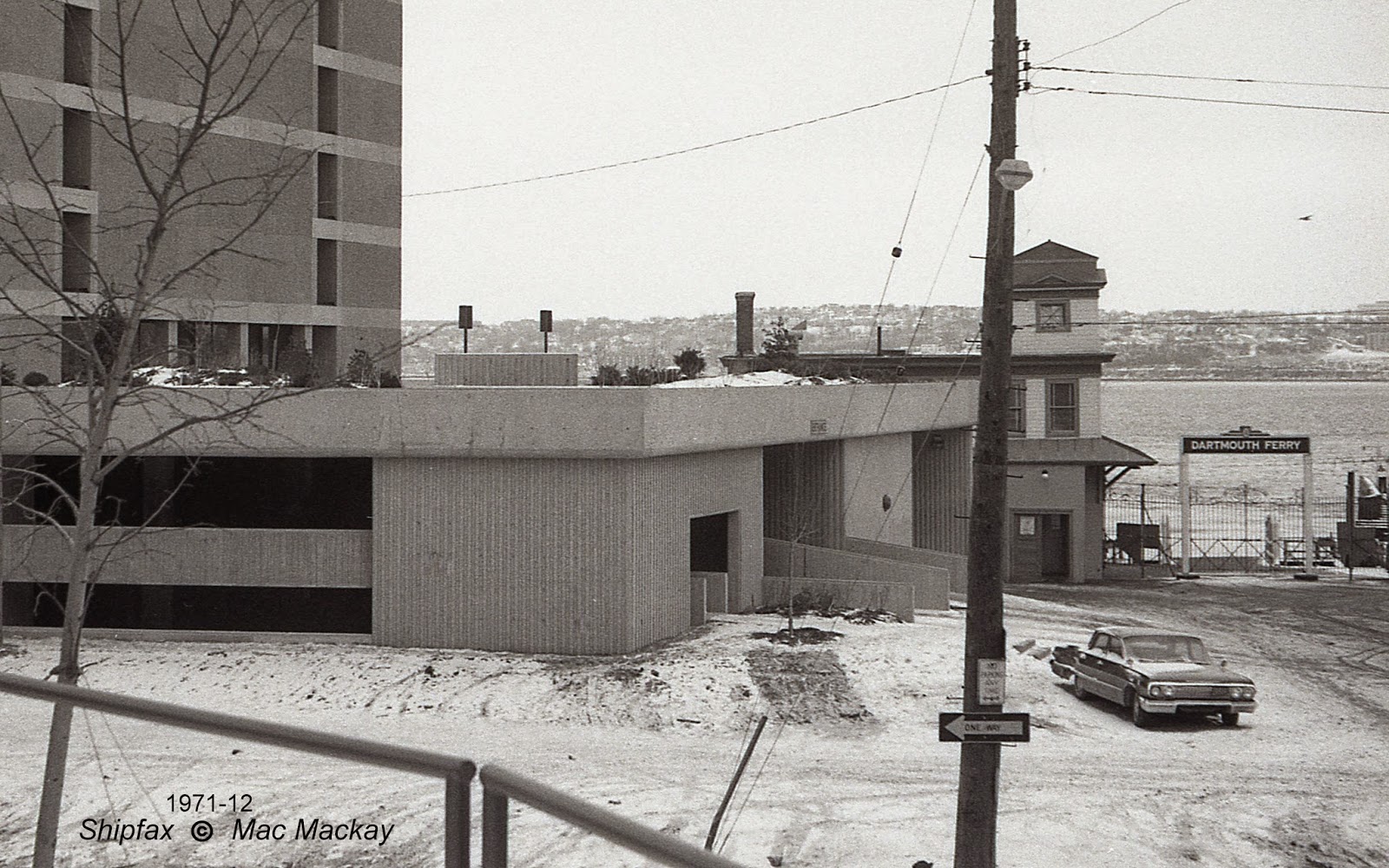 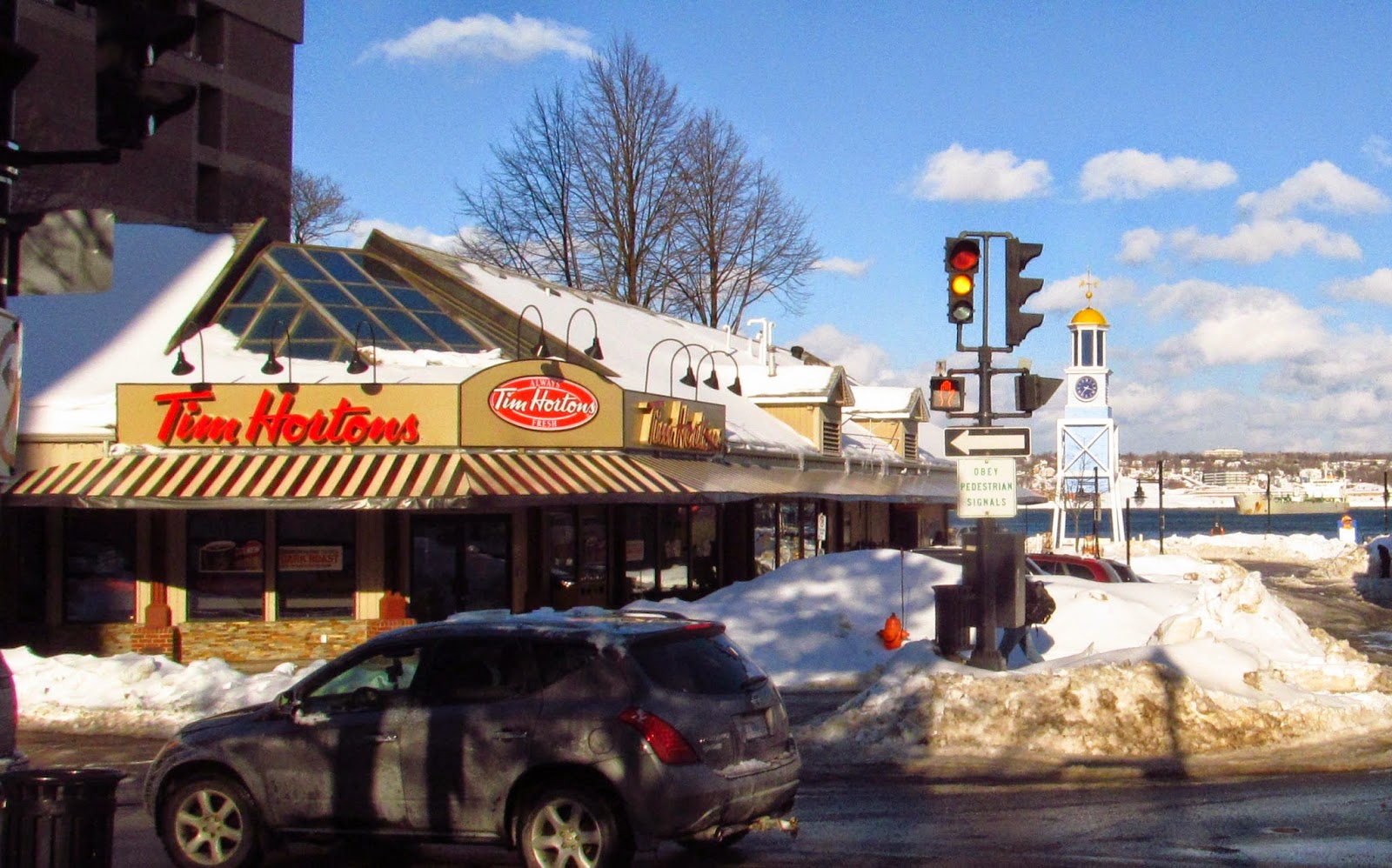 From ground level (there are trees in the way from the bridge level), the courthouse parking deck has been concealed with a lean-to structure containing - what else?- a Tim Horton's. (I also included a car for style comparison purposes).